Telco Together Foundation recently announced they will extend the pilot for giving donations via text message -‘Text Giving’ -through to October 2017 and invited expressions of interest from other charities keen to take part.

As a result, five new charities have been appointed to the Text Giving Pilot, giving them the opportunity to use text giving in their campaigns.These five additional charities are Fred Hollows Foundation, Royal Flying Doctor Service(QLD), Save the Children, Channel 7 Telethon Trust and Brisbane Bronco’s Fund.

This is an exciting time for Australian charities as they break new ground for fundraising via mobile phone technology. To date, 15 of Australia’s charities including the Australian Red Cross, Cancer Council and Oxfam have successfully made use of the trial over the past 12 months and the Foundation are now looking to appoint another five charities.

With mobile consumption and usage never higher, the simplicity of sending a text to donate means donors can give to their favourite charity in less than 10 seconds, with a $5 tax deductible donation charged to their mobile phone bill or showing up in their usage history (provided that PSMS are available on their service).

Telco Together is a registered charity, launched in 2012 to create a united telecommunications industry effort to support Australian charities and people in need. Since launch of the pilot, participating charities have expressed enthusiasm about the potential for text giving in Australia, both as a new fundraising channel and as a donor acquisition tool in converting donors to regular giving.

Oxfam trialled text giving over the past two years through their 22 year partnership with the Melbourne International Comedy Festival Gala. During the event, Oxfam call-to-actions were intertwined throughout the broadcast on Network TEN in 2016 and the ABC in 2017, in addition to digital media and outdoor marketing support.

“The use of text giving led to the overall success of our campaign. Comparing 2016 and 2017 donations data to that from previous years, the ease of use and one-step process of PSMS text giving provided a higher amount of total donors for lower donation amounts, resulting in much higher overall donations received. There was also a substantial increase in the number of new donors,with a significant number becoming regular Oxfam donors,” said Ms Delbridge, Head of Relationship Fundraising, Oxfam.

Commenting on the reasons for extending the pilot and decision to invite new charities to the program, Renee Bowker, CEO of Telco Together Foundation said;“We’re keen to collate a significant amount of case studies from pilot campaigns to ensure we capture a clear picture of what works well from a fundraising perspective in Australia.

“Long term, we are committed to arming charities with information and resources to help maximise the use of text giving and increase the viability for successful and worthwhile fundraising outcomes,” said Ms Bowker.

The Text Giving Pilot program was launched collaboratively in October 2015 with telecommunications providers Telstra, Optus, Vodafone and mobile engagement provider OpenMarket joining forces to offer charities a new fundraising channel. It is a great example of how telco technology and reach can be used to directly support charities and is especially useful for attaining immediate disaster relief support.The opportunity for charities to reach younger audiences is another significant advantage of text giving, not to mention the fact that donors can send a text at the exact moment of inspiration, anywhere, any time.

The pilot program will now run until October 2017 by which time it will be determined if the program will become an ongoing part of Australia’s fundraising landscape. 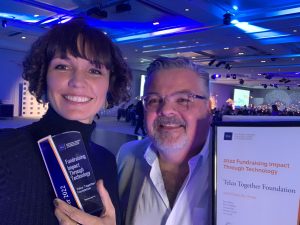 This financial year, thanks to our generous donors we have 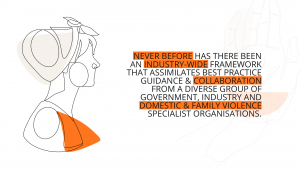 Subscribe to get the latest on our industry-wide social impact. We'll aim to get back to you asap.